It's been eleven years now, but I still remember that day like it was yesterday.  The shock, the horror, the tears, the terror.  How the earth seemed to come to a complete halt, while everyone panicked and tried not to.  Skyscrapers in Dallas were emptied, because there were rumors of more planes.  My daughter was at college at Texas A&M and my dad was still working at the Hardware store.  I called them after the third plane hit the Pentagon and told him we were at war.  He didn't know - he freaked out and said he had to call his wife.  I tried to call my mother but got her machine (and she doesn't turn her cell phone on).

We were at work and the normally busy phones stopped ringing.  I remember I had one guy call for a quote and I thought it was weird, but I got him one.

That night, stunned, heartsore, and frightened, we watched the news coverage replay the twin towers over and over and over.  I wept. 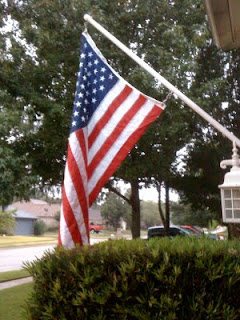 Posted by Karen Whiddon at 6:47 AM