As most of you realize by now, I'm a dog person.  I volunteer with Legacy Boxer Rescue and do what I can to help my favorite breed.

But before there were Boxers, I had Miniature Schnauzers.  Years ago, my first Schnauzer was named Skipper Doodle Dandy (poor guy).  He died from Hemolytic Anemia 13 years ago at the age of 8.  My second Schnauzer Daisy Mae, died 3 years ago from Cushings Disease at the age of 11.

My last remaining Schnauzer Mitchell Thomas aka Bitsy Buddy will turn 13 tomorrow.  He's been a healthy little guy until recently.  As he's aged, he's lost his hearing, and his eyesight is a bit weak, and he wobbles when he walks.  Oh, and he has a bit of dog dementia.  But we still adore him and carry him up and down the stairs so he won't miss anything.

He used to love to swim, but his hind legs no longer work right so the only time he can go in the pool anymore is if we carry him.  Which we do, holding him in the water which makes him happy. 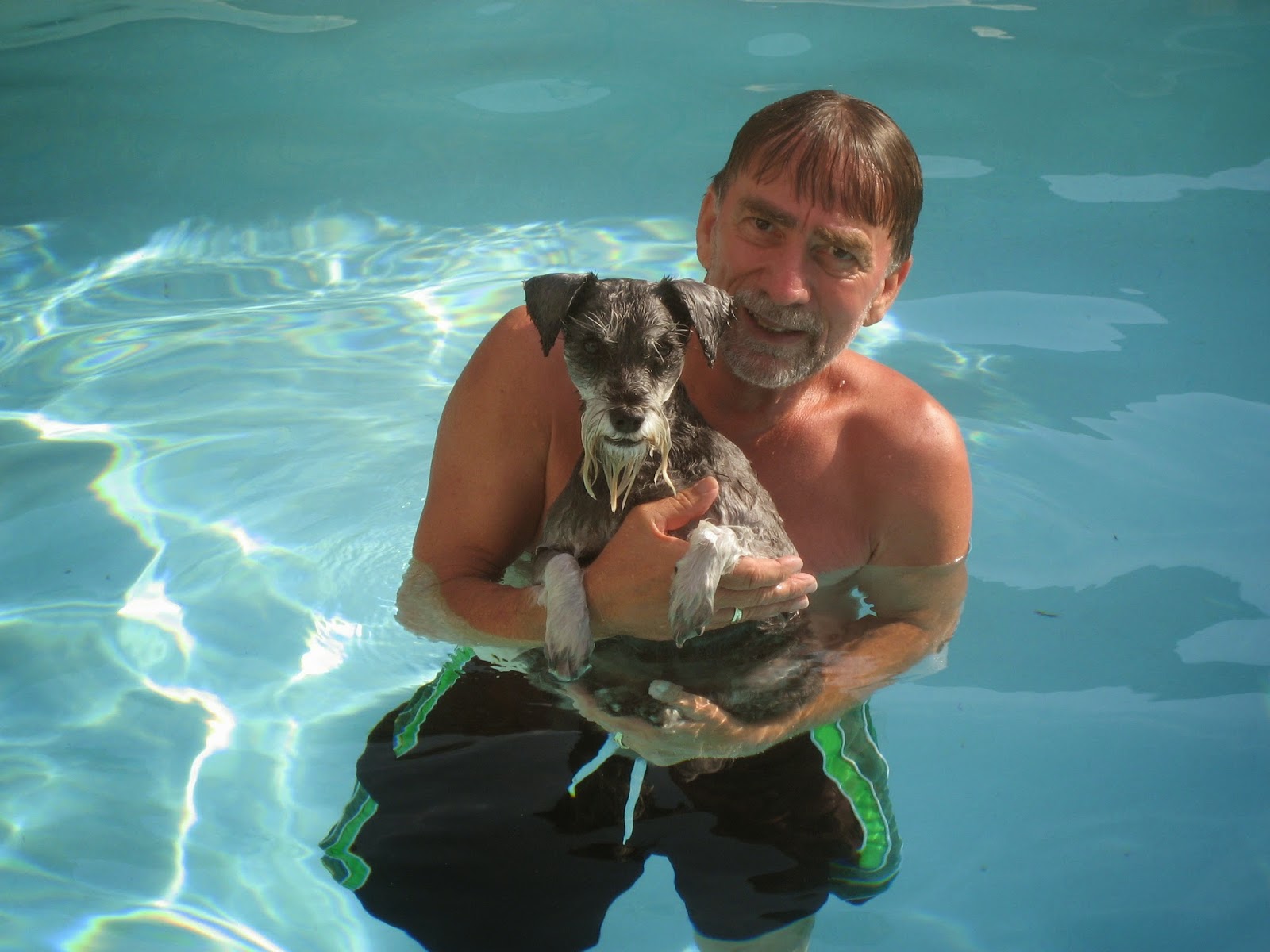 In the thirteen years he's been with us, he's been a vital and important part of our lives.  He's slowed down a lot now and mostly spends his days sleeping, and we have to hand feed him a lot as he doesn't want to eat, but he still likes to do dog stuff and his quality of life is still good. 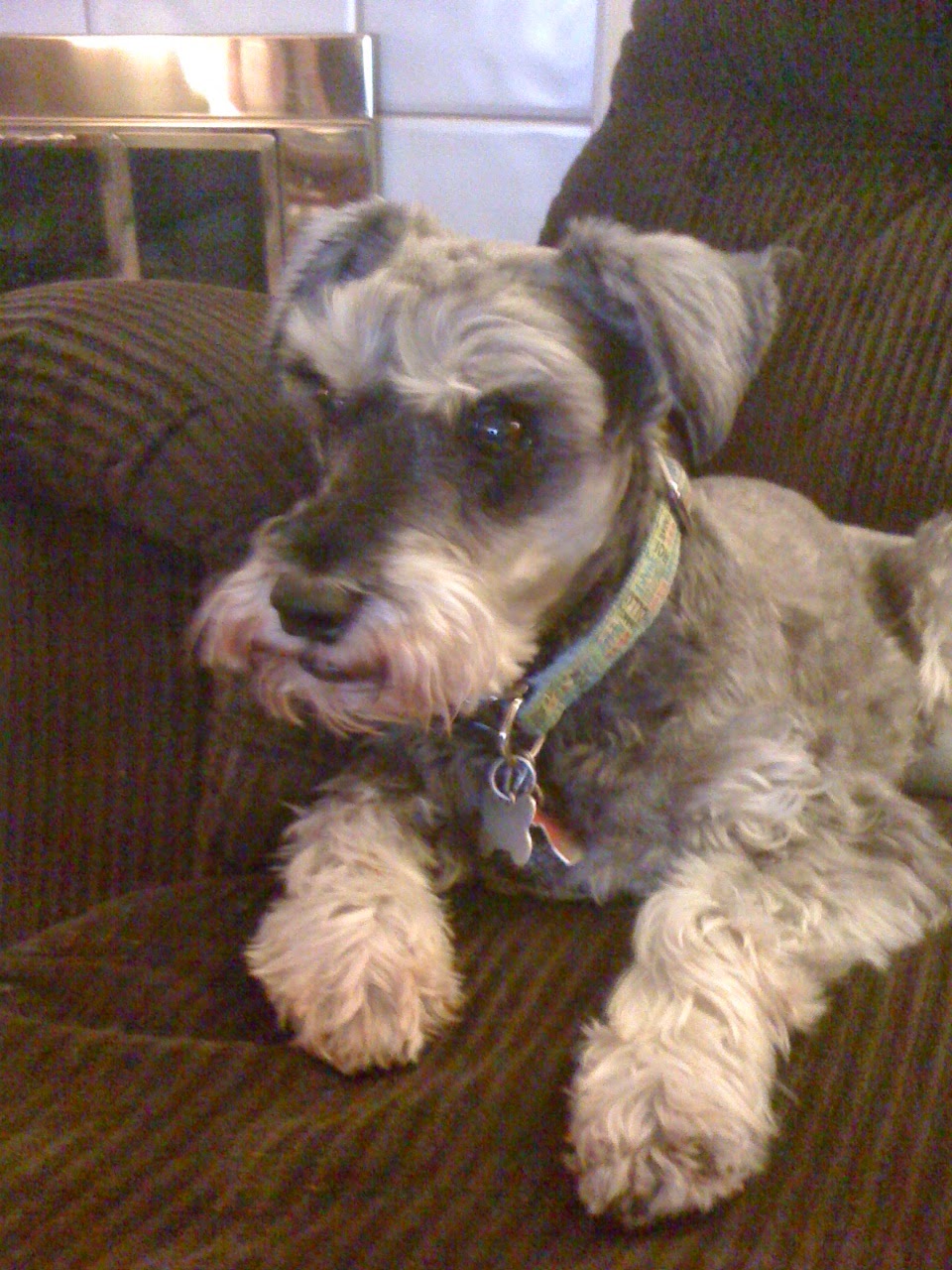 Happy Birthday, Bitsy Buddy!
Posted by Karen Whiddon at 10:55 AM