Well, today is supposed to be the hottest day of the year. Not sure why, but on the news last night they are stating the official high today will be 107. Yikes! After this, it will hopefully cool down, but only into the upper 90's. That's not cool. Not to me. Where I grew up, in the Catskill Mountains of NY state, it would be starting the slow slide into autumn, which has always been my favorite time of the year.

Ah, the crisp air, the changing leaves. I love sweaters and boots and just about everything about autumn. Even if we often had to wear coats under our Halloween costumes.

I still struggling on writing the book. But it's taking shape, albeit slower than I'd like. I wrote an article for my Romance Writer's chapter, then debated asking them not to publish it, as it made me feel too... exposed. Vulnerable. Ah well, I'm going to let them publish it, assuming they want to.

Other than that, life is good. I'm ready for what passes for fall here in sweltering Texas. Ready for the temps to go from hellish to relatively normal. Ready to camp and light campfires at night, to get up in the morning and have to put on a jacket to let the dogs out. Bring it on. 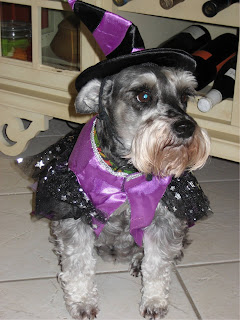